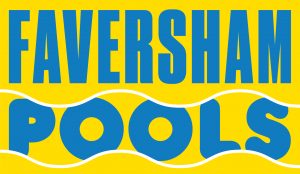 The very first mention of a pool for Faversham dates back to 1878 when a public meeting was called to discuss the idea. It remained an unrealised dream until in 1957 a public fundraising campaign was launched to finally make the dream a reality.

In 1959 the target amount was set at £9,500 and the campaign began. Among several signifiant financial donations in the early months, the most important was the generous gift of land in Cross Lane by Leslie Smith.

As the years progressed the fund swelled, and so too did the town’s aspirations. A larger outdoor pool was planned to meet the projected need. A children’s pool was added to the design. The Borough Council promised support in the day-to-day running and maintenance of the pool.

By 1962 plans became more ambitious and the proposed site was enlarged by the acquisition of part of the adjoining bowling green. The general public’s support continued to pour in and donations increased as the financial target stretched.

The first brick was laid in 1963. Further improvements to the project were made – including a water heating system. Work on the pools and buildings commenced and a generous grant from the Ministry of Education meant that the total cost of £28,000 was in sight. A Management Committee was formed, to control the management of the pools after the handover from the Appeal Fund.

So, after five years of continuous hard work, the outdoor pools and buildings opened on 30 May 1964. The indoor pools followed in 1993 with the generous support of Swale Borough Council.